Poll/Survey Results Of Antique Trends For 2017

Preface
The following survey was conducted from January 2017 to December 2017 by the staff at the Asheford Institute of Antiques. The survey consisted of a sampling of over 1,450 current students and past graduates that are actively employed or working within the antiques and collectibles marketplace within the United States and Canada (both urban and rural areas). All those who participated in the survey operate their own antiques/estate sale/appraisal businesses (including online concerns), and are listed as, “proprietors” in the survey.

Survey Mission Statement
The focus of the survey was directed towards interest in current market trends within the antiques and collectibles community, based on sales and requests for particular items/genre/periods from customers and clients. The survey was informal in nature, and therefore did not employ any standardized or measurable scientific practices or criteria in obtaining results. Survey results were categorized by the age groups of the "proprietors," indicating item/genre/period specific preferences most popular to each of these groupings.

The item/genre/period listings, and their relative popularity with consumers, were represented by a numerical scale of 1 to 12 - with 1 being the most popular - and 12 being the least popular.

(*Note: While the survey did not include specific geographic comparables, the terms North East (NE), South East (SE), North West (NW), and South West (SW), were used where applicable to indicate particularly strong interest in item/genre/periods. Listings without these abbreviated notations indicate positive interest in “all” geographic locations). 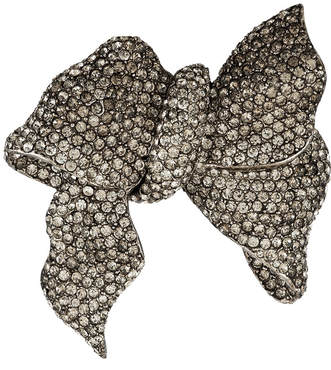 (Note: (*) Victorian – this term is NOT inclusive of, Art Deco, Art Nouveau, and Mission style, in this survey.)

1. Costume Jewelry - Rising from tenth position last year to first this year, this is one of the largest upward swings in consumer interest we've ever seen. From online vintage stores to dedicated antique shops, costume jewelry (particularly of the antique/vintage variety) was in high demand across the board. Shop owners indicated that keeping sufficient stock on hand had become challenging.

2. Mid-Century Modern Furniture (MCM) - Continuing its overall design reign, MCM shows no signs of slowing, as almost any furniture originating in the late 1930's through to the late 1970's continues to be popular with buyers in their 20's, 30's and 40's. Egg chairs designed by Arne Jacobsen, low table-sets by Frank Gehry, bent plywood chairs, Eames and Herman Miller style anything, along with more commercially produced items are continuing to sell well.

3.  Memorabilia (collectibles) - All things "Space" related - especially anything to do with Star Wars, and more specifically, items related to Carrie Fisher's role as Princess Leia. Automotive (emphasis on early motorcycle companies and parts), continues to be popular as well. Pop-culture items     from the 60's and 70's reign
supreme, with old cameras and vinyl records, lunch boxes, games, paper antiques (i.e. old film posters), continuing to gain in the
ranks. New in this category for this year were also some 70's (and even 80's) related furniture, rugs, console tables, electronic
games, etc.

4.  Paintings/Sculptures - Preferably off-beat and somewhat unknown – all styles - but particularly from the Mid-Century modern
period from the 1940's, 50's, 60's and even 70's. Brutalist mid-century metal sculptures displayed indoors or out, are also
becoming very desirable, as are naturally occurring decorative objects, such as driftwood pieces or stone items. (NE) (SW) (NW)

5.  Cowboy Collectibles - Another strong performer this year, is anything to do with the American west. Photos of famous
gunslingers and towns (especially signed examples), are starting to rise into the stratosphere of paper collectibles. Paintings from
the likes of Frederic Remington and other western artists also saw a marked increase in sales as well.

6.  Glass -  Art Glass has arrived again in a big way. Vibrant colors and unusual whimsical shapes tops the list though. Other popular
items include, vases, pitchers, and objects d’art. Other glass, particularly from the 1930’s and up is also popular. Depression glass
continues its comeback albeit more slowly than some had predicted.

7.  Lighting - 1920’s, 30’s, 40’s, 50’s, 60’s. Colored glass shades are again becoming popular, while the mainstay of chrome and
stainless (style) lighting from the 1930’s through the 1950’s continues to be a mainstay. Some copper pieces are beginning to
shine as speculation builds around stainless-steel's replacement. (NE) (NW)

8.  Art Nouveau - All items related to this period of time. Especially as accent or blend pieces for mid-century modern (NE) (SW)
(NW) 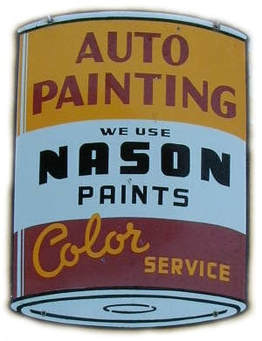 1.  Costume Jewelry - Here too, the rise of vintage and antique costume jewelry was most noticeable, with dealers also commenting
on the scarcity of stock along with strong buying interest from the public. Pieces from designers such as Caviness, Bogoff and
Ciner are all in high demand.

2.  Mid-Century Modern (MCM) - Ranking first in popularity in this age category last year, it has dropped to number two due to the
overwhelming interest in costume jewelry. While technically ranked second, MCM continues to outshine virtually all other
categories by a long shot since it encompasses virtually every available genre of the decorative arts from that period - including
lighting, paintings, sculptures, accent pieces, and of course furniture.

4.  Automobilia/Petrolina - Spurred on by such television shows as American and Canadian Pickers, the growth of auto and
motorcycle related products continues to rise. From emblems to oil cans to gas pumps, there seems to be no end in sight to
mechanically related collectibles, as competition for top condition pieces remains fierce.

5.  General Collectibles - Toys such as mechanical banks, cameras, vinyl records,
neon signs, some paper antiques (posters, newspapers) etc. also continue to do
well in most parts of the country.

6.  Jewellery - While costume jewelry is getting all the attention, traditional gemstones
and precious metals are also being swept along the popular curve. All periods and
styles - with emphasis on Art Nouveau and some Mid-Century modern.

9.  Folk Art - All varieties and in all price ranges, but particularly items such as
whirligigs, and weather vanes etc. (NE)

10.  Dinnerware - Mostly items from the 40's, 50's and 60's, including Russel Wright inspired melamine items such as the "Flair" line.
Space-age and "atomic" designs by makers such as Canonsburg Pottery Temporama also proved popular.

11.  Glass - All types. Particularly from the late Victorian era. Depression and Early Art Glass also showed strong growth from buyers
in this category.

12 A. (Tie) Paintings - Mostly Victorian, with a special emphasis on small oils painted on canvas or other hard surfaces that were
often copies of masters works. Done by professionals or painting enthusiasts of the time. Popular due to their small size. Mid-
Century Modern examples depicting space-aged themes from this period also gained in popularity within this age group. 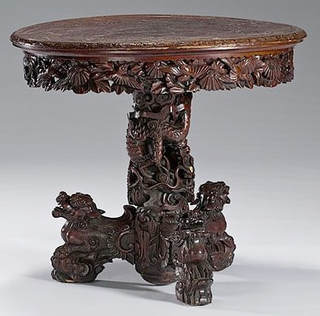 1.  Chinese Antiques - All types. Especially those that can be shown to be legitimate, and not reproductions or fakes. The market
continues to evolve and grow. Recent sales of bronze figures, and porcelain objects from dynasties such as the Ch’ing are setting
record prices for even average objects. But it's not just the porcelain pieces - rugs, furniture and virtually anything that can be
shown to have some connection to the mainland's past is selling quickly.

2.  Victorian (early, mid and late) - Furniture items mainly, ranging from tables,
bookshelves, bookcases, what-nots, hutches, flat-to- the-walls, washstands etc.
Including a return to some of the more "ornate" pieces from this era. English
furniture of this variety seems to be taking the lead in overall interest. (*Some
dealers are continuing to report strong sales in regard to these items - especially in
the NE and New York City area).

3.  Paintings - Primarily Victorian oils, but lesser known watercolors also appear to be
gaining in popularity. Some Mid-Century Modern works are being showcased
as well.

4.  Chairs - All types. Early upholstered chairs especially. Wing-backs as well as more
simple ladder-backs, etc. appear to be returning to favor, in place of the current
severe, and somewhat rectilinear design of today's upholstered "clubhouse" chair.

5.  Georgian (Style) Furniture - Tables, chairs, dinning room tables, sideboards, etc. with good quality high-end pieces reportedly
still selling well in the (NE) and (SE). Dealers from other regions also report that "brown-furniture" appears to be making some
inroads once again, as prices are beginning to climb with demand on the increase.

6.  Cowboy Collectibles - This area of collecting seems to favor a number of age groups. Dealers report that good quality pieces,
especially sculptures from artists like Bascom are selling well. Lesser known artists from this genre are also beginning to see
prices rise.

7.  Automobilia/Petrolina - Older baby-boomer collectors are starting to part with some of their automobile and advertising
collectibles, while dealers report strong interest from a younger set of buyers. Prices remain strong on both sides of the equation.

8.  Mid-Century Modern - all varieties, but especially from well known designers such as Eames and Alvar Aalto. Specifically
high-end pieces that command top-dollar. (NE)

9.  Revival Antiques - especially items in stone with metal bases or supports whose inspiration was derived from Greek and
Egyptian times.

10. Architectural Elements - such as smaller Italian marble pieces. Fragments from carved panels have also become popular as
decorative items for the walls. (NE)

** Disclaimer: This survey was conducted for entertainment purposes only, and relied upon a sampling of verbal and written responses for its construction. The data was compiled from "provided" information, and thus, should be treated accordingly in regard to accuracy and correctness.