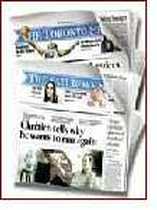 The Gems From The Junk - Collectors Look For Age And Quality

Ours is a society of pack rats.
We collect everything from cheap, mass-produced plastic toys right on up to expensive, hand-crafted furniture.
But not all of it will be worth money 100 years from now.
So how do you know what will be the antiques of tomorrow?
Well, that's not always easy to predict, but there are ways to narrow it down.
For starters, look for what has worked in the past, according to Charlie David Green, president of the Asheford Institute of Antiques (www.asheford.com). "You're looking at design, style, construction, aesthetic quality - what's pleasing to the eye," he says. "All those things are really wrapped up in one. When you find certain pieces of furniture, or certain styles that are coming out that embody all those features - those generally the test of time, in the sense of being true antiques." And that applies to pieces such as silver and fine porcelain too, he adds - anything with a continuity in the feature that will last.
Green, whose Florida-based business offers an international home-study course in antiques, is a Toronto native whose father started the Institute in 1966. Since then, almost 40,000 people have taken the course, the majority in the last fifteen years, he says.
Part of what has changed is the amount of information available, mainly through the Internet, he believes.
Eleanor Falbo, of Mississauga's Royalton Antiques and Reproductions, thinks it's part of our nature. "People have a passion to collect something. Could be stamps or dimes. It could be anything," she says.
Falbo says that quality determines what will last. "Anything that is purchased - even if it's new - as long as you buy quality, then it's worth money."
The dictionary defines antique as something "from an earlier period", but it has generally come to be regarded as anything at least 100 years old, says Green. However, an item does not have to be finely handcrafted or that old to be a hot commodity - just look at cheaply produced Depression-era glass.
But quality is what buyers want today anyway, Falbo says.
"People are tired of buying pressboard and veneer. They want quality, they want solid wood, they want to feel the weight. They want a piece of furniture that they can pass down to their children."
Actually, people want everything, "right down to crackerjack toys," Green says. 'There is literally nothing on the planet that is not being collected.”
"At some point in time, this will all thin out. They'll separate the nonsense from what is legitimate," says Green.
For readers seeking more information about the Asheford Course, you can visit their website at: www.asheford.com

To view other articles, click on the link below: